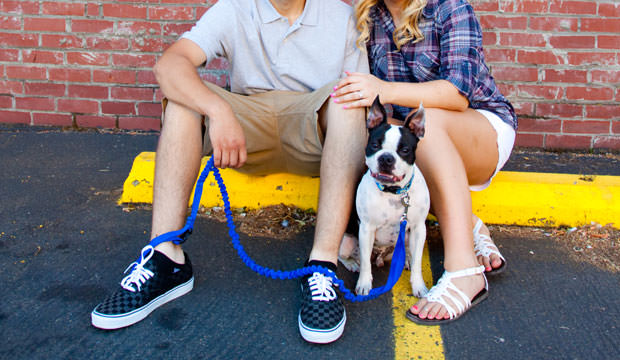 Photo credit: Bigstock
Owning a dog usually shows compassion and sensitivity towards other living things, which is a quality women cherish in men.

Becoming a dog owner just to attract the opposite sex is probably not a good idea in the long run, but enjoying the added bonus of being more attractive with your pooch by your side is fine by us.

The following is a comprehensive review of dog breeds that will attract the ladies but still make the pet owner look manly and masculine.

Boston Terriers are relatively small to fit nicely into a downtown condo and improve the image of an eligible bachelor, and are at the same time easy to maintain and don’t require too much time and energy on the part of the owner.

Boston Terriers have a very gentle nature and are friendly and tolerable dogs, making them very popular with women and easy to own for men.

This dog breed is small and compact and at times stubborn, which in the eyes of the ladies can be perceived as cute. Boston Terriers can easily be trained to perform tricks and are great companions for singles and couples. 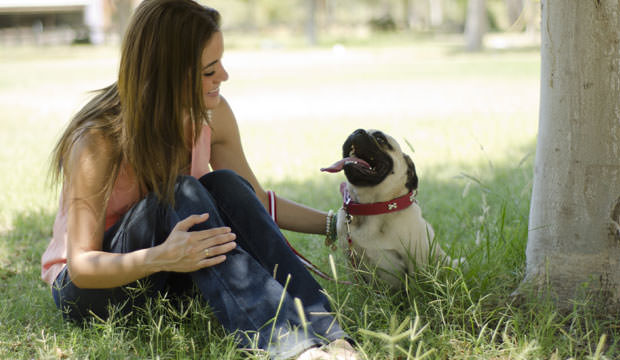 Photo credit: Bigstock
Pugs come in yellow and black versions, and as the yellow version shows off the breed’s distinctive features better, this color is probably the one to go with if you are getting a pug to be a chick magnet.

Their mushy faces and chubby bodies make them irresistibly cute, but it should be noted that they require a little more maintenance than some other breeds as their faces need to be cleaned on a regular basis and they shed more than average dogs.

Pugs have a happy-go-lucky personality, are eager to please but are not particularly brave, which makes them adorable when trying to “defend” their owners from perceived danger by barking loudly while hiding behind them. 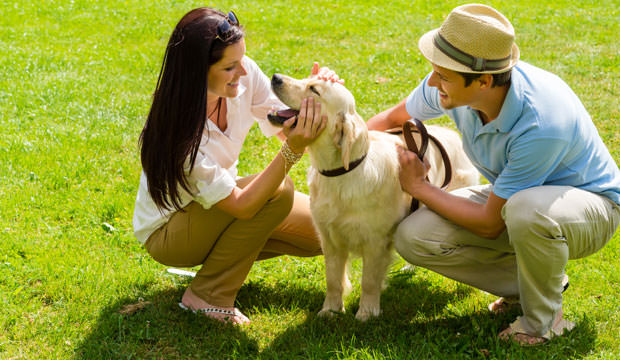 Photo credit: Bigstock
Golden Retriever is one of the most popular breeds and attracts attention everywhere it goes.

When a Golden Retriever reaches its full size, it looks like a graceful, smart, loyal dog, which are all the qualities women look for in men and hope that the pooch is a reflection on its owner.

Golden Retriever is the ultimate family dog and anyone looking to settle down is sure to score some points with the ladies in search of a more serious commitment. Golden Retrievers are playful and obedient, relatively easy to maintain and extremely easy to train, and exude a sense of confidence that rubs off on the owner. 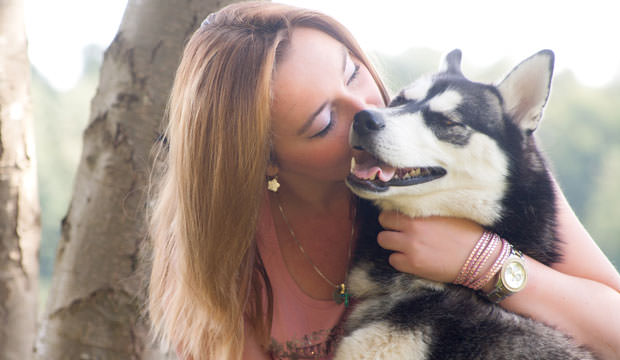 Photo credit: Bigstock
Regardless of which type of Husky you go for, they are all lean, muscular and fierce-looking animals.

Despite their fiery exteriors, Huskies are friendly and adventurous, and anyone by their side is likely to be outgoing and always on the lookout for excitement, characteristics that are appealing to many women.

Huskies signal to the opposite sex that their owner is fearless and strong and able to provide safety and security, just like the pooch itself. Huskies certainly make their male owner look more masculine and ready to protect their damsel in distress, which is why this breed is a huge chick magnet. 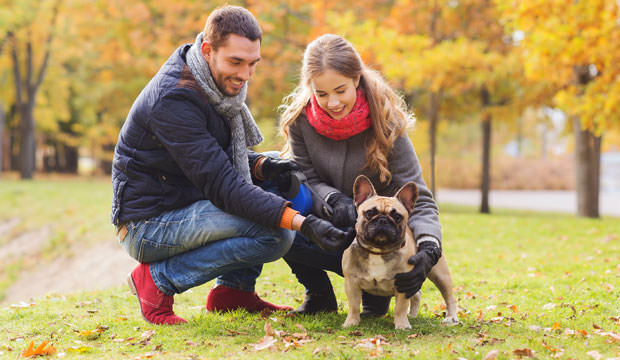 Photo credit: Bigstock
French Bulldog is another small breed that despite its size doesn’t decrease the masculinity of its owner.

Dogs with wrinkled faced are particularly appealing to women, and the fact that the dog drools and sheds is something that the male owner looking to increase his hook up ratio will have to deal with.

French Bulldogs are friendly and lively companions and signal to the females that the owner is a trendy but at the same time a down-to-earth guy looking for an equally easy going partner.

Women who find French Bulldogs irresistible are usually not high maintenance and don’t mind getting their hands dirty while petting a drooly shedding machine. 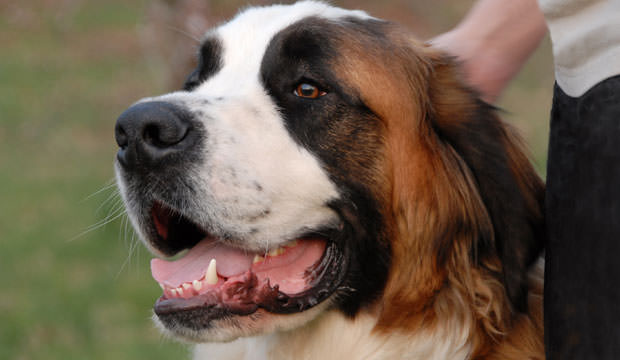 Photo credit: Bigstock
Speaking of drool, St. Bernard is probably as drooly as they get, but it’s a huge ball of fur always ready to share the love and loyalty it has for its owner.

Particularly attractive in northern climates, St. Bernards are primarily rescue dogs, and if the owner’s personality is anything like that of his pooch, women will fall head-over-heels for him as they love to be rescued, even if danger is not really eminent.

Getting a St. Bernard just for the chick-magnet purposes is a bad idea as this dog requires a very particular type of environment and care to thrive, but to a true dog lover this breed is sure to bring plenty of attention from the ladies. 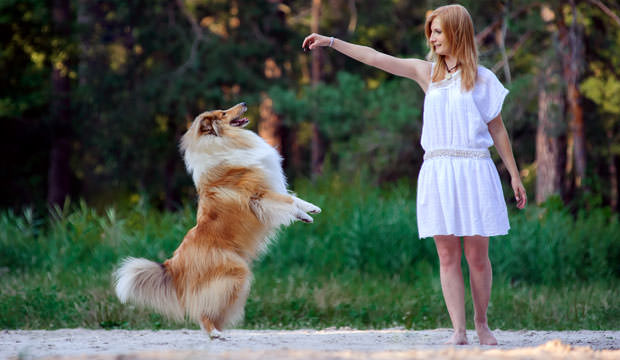 Photo credit: Bigstock
Collie is one of the smartest and hardest working dog breeds, and when you take into account that Lassie was a collie, the owner of this dog is guaranteed to attract attention everywhere he goes.

Dog breeds that became popular thanks to movies, in this case Lassie, tend to be perceived through the eyes of the moviegoers the same way they were portrayed in the film.

Anyone interested in getting a Collie to attract the ladies needs to know that this is a high maintenance dog in terms of exercise and overall activity level.

This dog loves to keep busy and is always looking for a task, and if the pooch’s hard-working nature is a reflection on his owner, well, the ladies will expect nothing short of a Hollywood ending. 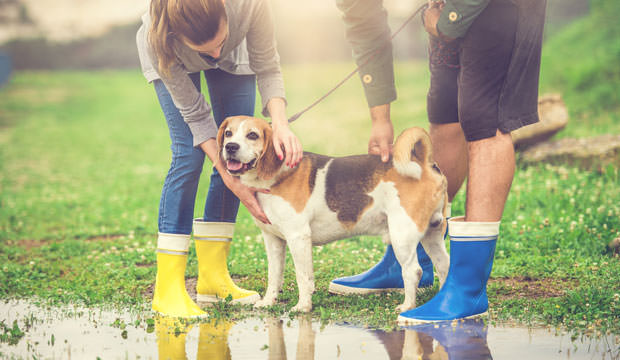 Beagles have playful and sweet eyes no one can say “no” to, and their mischievous nature makes them attractive to the opposite sex.

They have universally adorable faces and love to cuddle, which makes them the perfect chick magnet. Beagles constantly crave attention and are very needy and most girls will be happy to oblige, especially the nurturing types. Beagles are relatively easy to maintain but require training to keep them obedient.

Keep in mind that a dog that doesn’t listen to its owner is very unattractive so make sure that puppy goes to puppy school when the time is right. 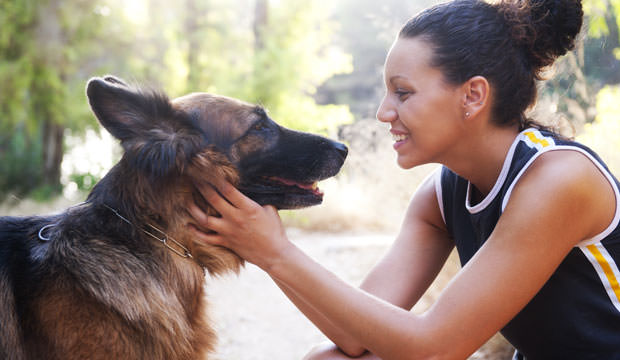 Owning a dog reeks of commitment, which is probably the number one thing that attracts women to male dog owners.

Women are attracted to men who own German Shepherds because they see them as disciplined, supportive and selfless, all qualities they would love their partner to have.

German Shepherds give a sense of stability, so chances are they will attract the women looking for long-term relationships. 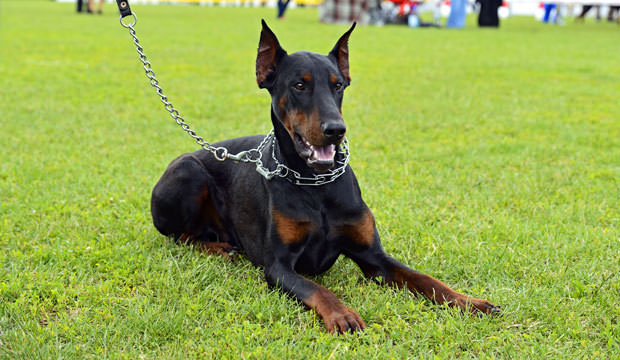 Photo credit: Bigstock
Although many of the readers may be surprised to see Doberman on this list, women actually find Dobermans desirable breeds in terms of giving them a sense of security, much like German Shepherds.

Dobermans are extremely loyal and anyone in their presence is bound to feel safe and protected, given their fierce looks and fearless personality.

A man owning a Doberman is perceived by women as athletic and active, but keep in mind that getting this breed may signal you as the owner feel like you need extra protection for some reason, which some women may find repelling, and that’s not the point.

Make sure you and your pooch send the right kind of message to the ladies, and it’s usually the safest bet to go for the breed that best matches your own personality. 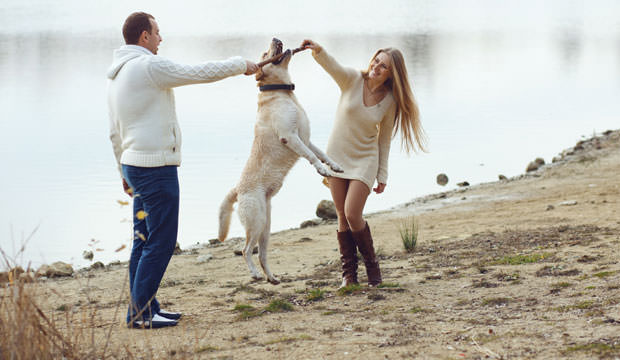 Photo credit: Bigstock
Labrador Retriever is a hard-working dog with a life philosophy to always be there for those who need help.

Labrador Retrievers are engaged in leading the blind, as therapy dogs for ill children or for seniors, and in any kind of assistance an animal could possibly provide.

Owning a Labrador Retriever signals a caring and sympathetic soul coupled with a good work ethic, which are some of the top qualities ladies look for in their potential mates. Labs are playful, athletic, outgoing and very popular, and if the owner is anything like his dog, he must be a great catch! 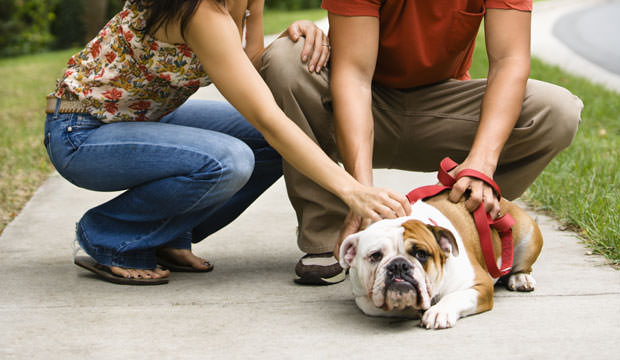 Drool seems to be the recurring theme on this list, and it’s not to say we are propagating it, but women are definitely attracted to dogs that are slightly fat and have squishy faces, and if such dogs happen to be drooly, so be it.

English Bulldog is an absolute chick magnet, especially if the owner is charming and charismatic like his fido.

English Bulldog puppies are simply irresistible and when they grow up to be medium-sized dogs they’ll be able to wonder around the park on their own so a girl can check you out.

Owning an English Bulldog can be tricky due to maintenance and potential health problems, but with proper care they make great companions and, of course, chick magnets. 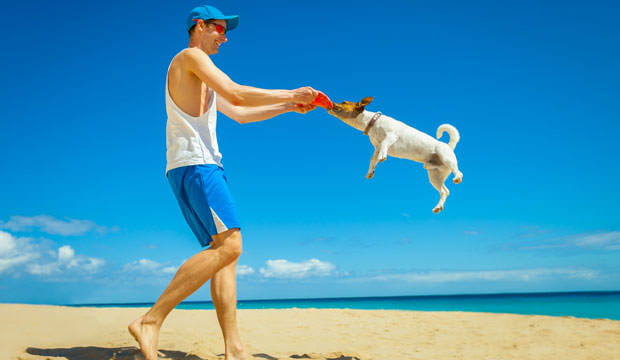 Observing the relationship between a man and his dog gives a good indication of his character, and so men with dogs do get more dates because the ladies already have some information about them without practically even knowing them.

A Jack Russell Terrier reveals plenty of information about its owner, starting with being active.

Jack Russell Terriers are extremely energetic dogs and anyone who owns them is unlikely to be a couch potato.

Plus, they are small enough not to take up too much space in someone’s life, both physically and metaphorically, but are so lively and dynamic that their size doesn’t pose a problem when it comes to men maintaining their dignity. 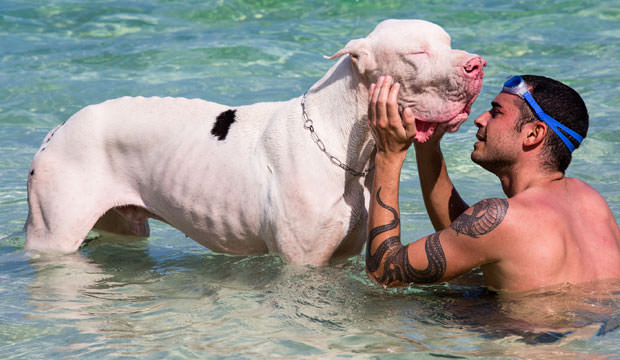 Photo credit: Bigstock
Although Great Danes are huge dogs, they are actually rather sensitive and project that onto their owners.

They are gentle with a warm character and above all want to please the humans that care for them.

Their loving nature makes them perfect for getting plenty of “awwww’s” at the park from the ladies, and women who are attracted to this breed are usually nurturing and selfless.

Walking the Great Dane is bound to attract the onlookers as they are simply attention grabbers due to their pony-like size, and younger girls, a.k.a. college students who wouldn’t go for a clichéd Chihuahua would be particularly interested. 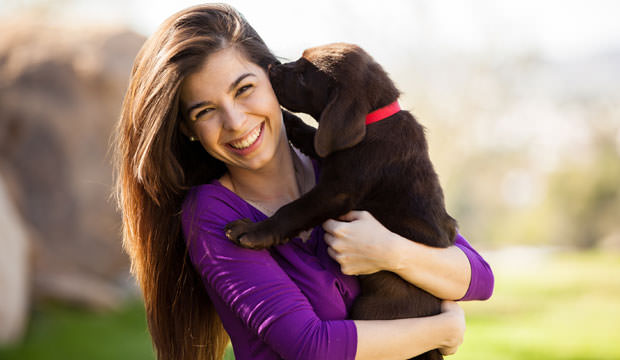 Photo credit: Bigstock
Although a puppy is not a breed in its own right, nothing is cuter than a young pup except maybe a kitten, but given the indifferent nature of cats, it’s questionable whether they would make good chick magnets.

On the other hand, puppies are absolutely adorable, and any man who is caring and nurturing enough to get a defenceless puppy sends a message to the world he is willing to take care of someone, and many women find that irresistible.

Owning a puppy leads to the owner being perceived as sensitive and considerate, as someone who is willing to put their cards on the table and even get hurt while providing for another, in this case, the pooch.

LOL, they’ve obviously never met our Boston…she’s a complete diva and will whine if she does not get constant attention.