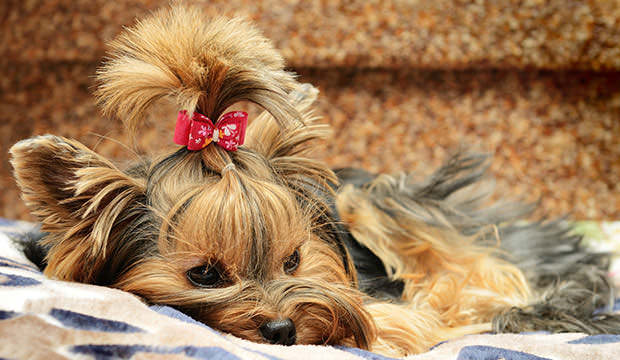 All dogs are always happy and easy to please, right? Well, not exactly. According to a recent study from the University of Sydney, some dogs are distinctly more pessimistic than others.

Research done by Dr. Melissa Starling from the Faculty of Veterinary Science and published in the journal PLOS One, sheds a new light on the outlook of dogs and their behavior when it comes to sad feelings. As Dr. Starling noticed, realizing if a dog is optimistic or pessimistic can be quite helpful when it comes to working and service dogs.

“This research is exciting because it measures positive and negative emotional states in dogs objectively and non-invasively,” says Dr. Starling. “It also impacts the animal’s welfare.”

During the experiment, dogs were taught to associate two different sounds with getting the desired reward of milk, or getting only water instead.

When the dogs learned this discriminating routine, they were then being played ambiguous tones.

The research was based on their responses after these ambiguous tones.

For instance, if a dog reacted even after the ambiguous tone, it meant that he generally expects good things to happen and he was called optimistic.

The study has shown that the majority of dogs were optimistic rather than pessimistic, however, Dr. Starling noted it is still a bit early to apply the experiment to the general dog population.