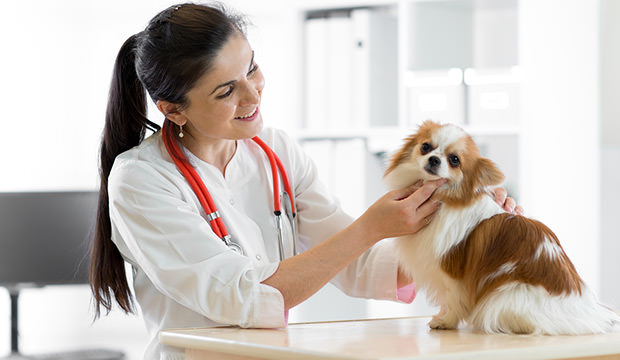 It is most often caused by a lack of insulin – a hormone produced by the pancreas that is essential for the normal function of glucose metabolism.

When it comes to diabetes induced complications and emergency situations, there are two main conditions:

This condition occurs when blood sugar drops too low, which happens due to two possible reasons:

The most common symptoms of hypoglycaemia are trembling and weakness, while seizures can also occur.

According to Love That Pet: “emergency treatment is to rub some glucose syrup or honey on his gums, which will quickly increase his blood glucose. Most dogs quickly recover after this, but it’s still worth having them checked by your vet.”

Diabetic Ketoacidosis can appear due to insufficient insulin. The lack of insulin might lead to your dog metabolising his body-fat in order to provide energy, and the unwanted by-products of this metabolism are chemicals called ketone bodies.

“Diabetic ketoacidosis often occurs before your dog is diagnosed with diabetes,” say folks over a Love That Pet.  “Because their pancreas isn’t producing enough insulin, but it can also happen if his diabetes isn’t well managed and his insulin dose is too low. This is a real emergency and your dog needs urgent veterinary treatment.”

Unfortunately, diabetes in dogs cannot be cured, but this disease CAN be managed and controlled by a committed owner.

If you suspect your pooch has it, we advise you to see your vet immediately.

(ALSO READ: Why Dog Exercises Are Important – Especially In Winter)