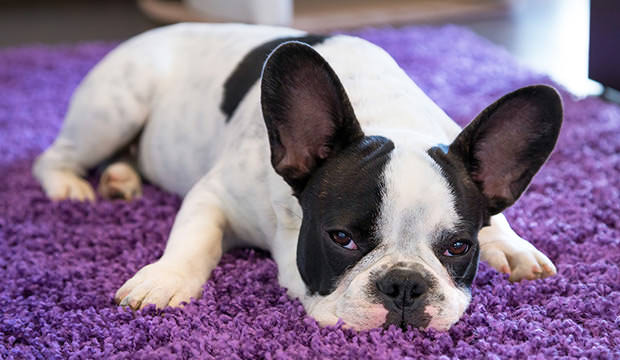 If you are looking for a small-sized, easily adaptable domestic pooch that is very lively and smart, the French Bulldog might just be the breed for you.

The breed descends directly from the dogs of the Molossians, an ancient Greek tribe, and they were very popular in the past, especially in Western Europe.

Americans had been importing French Bulldogs for a while, but it was not until 1885 when they were brought over in order to set up an American-based breeding program.

They were mostly owned by society ladies, who first displayed them at the Westminster Kennel Club Dog Show in 1896.

French Bulldogs are compactly built and their small structure should hint an active, muscular dog with heavy bones and smooth coat.

The tallest among them won’t go over 12 inches and the biggest shouldn’t weigh over 29 lbs.

They come in various shades of brindle, fawn, tan or white with brindle patches (known as “pied”). The dominant color is brindle, then fawn with pieds being less common than the other colors.

The French Bulldog is a companion dog breed and requires close contact with humans. They are playful, very affectionate and sociable, quite alert and lively.

Should I adopt/buy a French Bulldog?

French Bulldogs, also known as Frenchies, are playful, affectionate and loyal companion dogs. However, they can be a challenge to train due to their stubborn nature. So, if you decide to have one of these balls of fur, better be armed with patience.