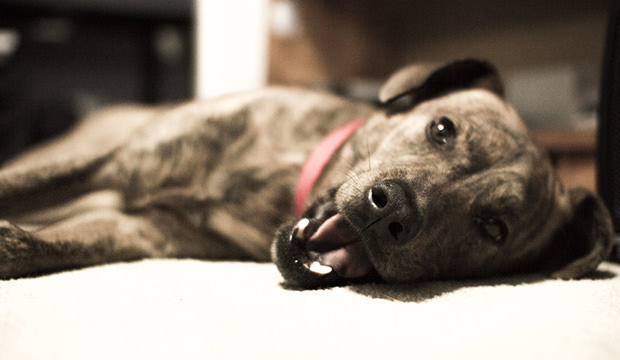 Of all the dog breeds formally recognized by the American Kennel Club, the Plott Hound is perhaps the rarest and most mysterious of them all.

This breed of dog originated in Germany and was later ratified as the state hound of North Carolina in 1989.

The Plott Hound, despite being a relatively rare breed of dog in the United States, has a clearly traceable ancestry all the way back to Germany.

The Plott Hound is a scent dog that was brought up to hunt wild boar. In 1750, Johannes “George” Plott immigrated to the United States, bringing with him some of his favorite boar hounds.

These dogs had been in the Plott family for generations and had been bred to exhibit superior stamina and gameness.

The Plotts settled in the mountains of North Carolina. They kept their dogs, never crossbreeding with another species so as to maintain the pure line. Only once did a hunter become so impressed with the hounds that he convinced the Plotts to let their prized hound stud with the hunter’s own dogs.

The Plott Hound is typically an athletic and muscular dog that can grow up to 25 inches tall and weigh up to 60 pounds. The breed has very tight fur across its skin that is glossy and sleek that is supposed to be a brindle color, according to the Kennel Clubs.

Plott Hounds are known for the active nature. This is a strict hunting breed, and as such requires the attention of an active owner. They are also very intelligent, picking up training and hunting techniques almost as if they were bred for it… which they were.