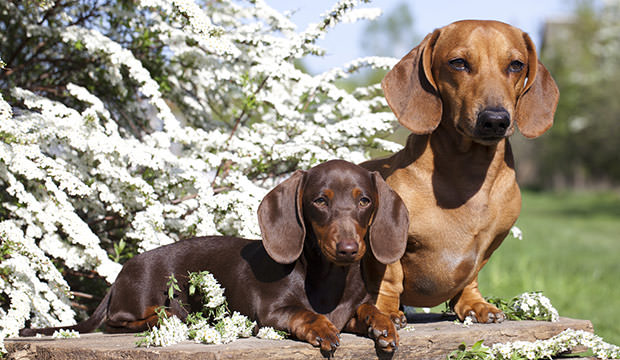 Pit Bull? German Shepherd? Not according to a new study published in the Applied Animal Behavior Science Journal.

In a study that looked at 6,000 dogs and their owners, comparing the dogs and their breeds based on the number of bites, it was revealed that it’s actually the Dachshund that’s the most aggressive breed!

Dog owners with small breeds know that the little guys can be tense, and to some people these results are not really surprising.

On the other hand, people rarely associate dog aggression with small pooches. The results of the study show that one in five Dachshunds bit a person it didn’t know and one in every twelve bit its owner.

Coming in at close second is the Chihuahua, while Jack Russell takes the No. 3 spot on the list. One of the reasons why previous research continuously showed larger breeds were more aggressive was because dog bites by smaller breeds are seldom reported. Thus, they were never included in any studies.

As far as Pit Bulls go, their scores were about average.

Mini dachshunds are one of the best breeds to own. Mine is sweet and has never bitten me. I have never met a mean dachshund.

This is NOT true I have a male non-neutered dachshund, he is the absolute sweetest dog I have ever owned, the only time he growls is when we have a guest over at our house because he is PROTECTIVE towards me, there IS a difference between PROTECTIVE and AGGRESSIVE. 😠