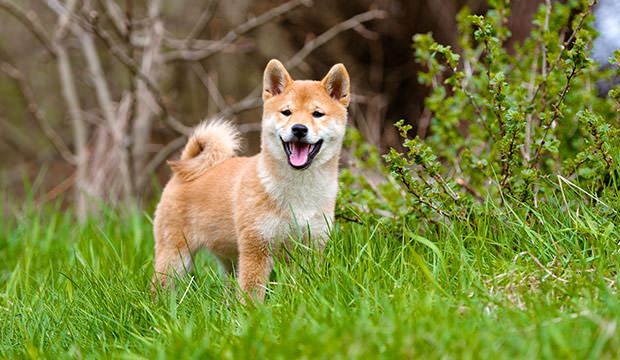 The canine is the man’s best friend for many reasons. Whether it’s loyalty, compassion, or defensiveness, you can always count on your dog no matter what size or breed it is.

However, that’s not always the case when it comes to coexisting with other animals.

While some dogs love nothing more than a companionship with cats, birds, and ferrets, there are certain breed that simply can’t stand sharing their owner’s love and affection with other pets. In that name, here are 12 dog breeds that absolutely hate other pets.

Sure, we all know Akita Inu as one of the most lovable and cute dogs in the world.

But once you take its dominant nature into account, you’ll realize why this breed is a bad choice if you already own a pet.

As far as difficult-to-raise breeds go, the Akita could easily take the crown – it’s not uncommon for this breed to display dominance by disobeying orders, which can be really dangerous if other pets are involved.

A dog that’s mostly used for deer and bear hunting in its homeland of Japan can certainly be a great companion if trained right. On the other hand, we can guarantee the Akita is not a dog you’ll want around your other pets if you don’t the time and the will to train it. 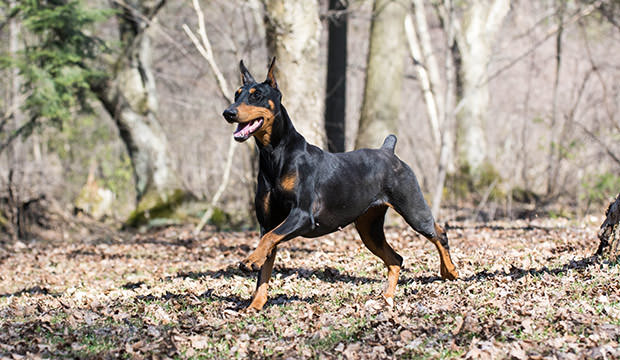 Photo credit: Bigstock
You can never mistake a Doberman for any other breed, and it’s not just because of its looks.

The sheer strength and determination are what crowns this pooch, but when mixed with an overly-protective nature, things can get pretty ugly for other pets in the household.

The Doberman originates from Germany, where it was bred for the purposes of security, but after years and years of selective breeding, this particular canine basically forgot how to share his space with other animals.

It’s no secret that the Doberman is one of the best guard dogs out there. It’s also true that they don’t cooperate well with other pets, since they often cannot differentiate intruders from other four-legged family members. 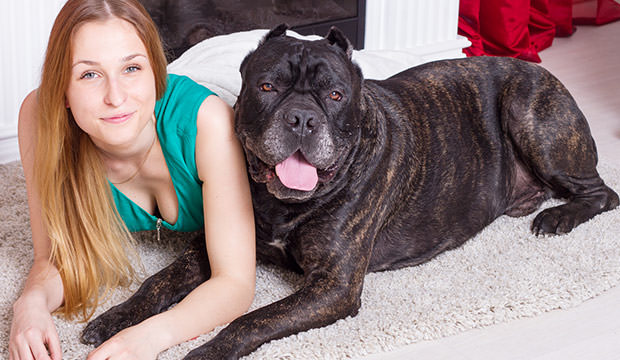 Photo credit: Bigstock
As one of the biggest dog breeds and one of the best hunting companions, the Cane Corso is certainly not a toy dog.

As for actual toy dogs, you might not want to have them near this bad boy.

The Cane Corso is known for its unfading devotion and loyalty to his owner.

Seeing as it’s a very muscular and dominant breed, it’s also a potential threat to anything which is not his owner.

If you’ve trained your Cane Corso to follow you wherever you go without question, you won’t have to worry about it a lot. But if you let its search-and-destroy nature run rampant, you might be looking at an injured pet, or even worse.

Photo credit: Bigstock
While there have been cases of pit bulls being the ultimate cuddly pets, the situation is quite the opposite in 90% of the cases.

The pit bull terriers are best known for their ferocious nature. Built as fighting dogs, these beasts will mow down everything and anything in their path if they feel like it.

Having a pit bull terrier with another pet in your home is not recommended, as they usually aren’t able to stand other animals.

Sometimes they will even go as far as to attack humans – including their owner – so take special care if you’re planning to get one of these. 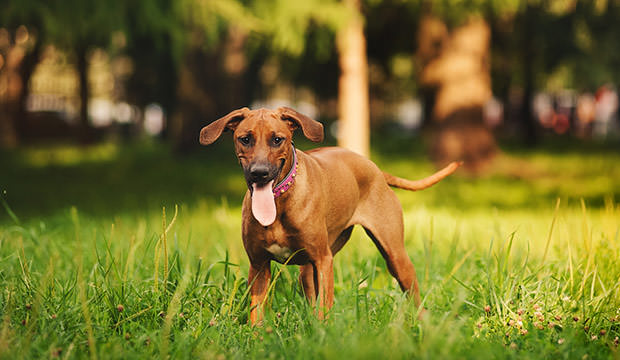 Photo credit: Bigstock
Since we’re talking about how intolerant certain god breeds can be towards other pets, we can’t think of anything that can describe this behavior better that what the Rhodesian Ridgeback was designed for –hunting lions.

Yes, you’ve read that right – this breed is so tough and dangerous it’s fully capable of taking down a lion.

Also known as the African Lion Hound, this pooch transfers its hate towards lions to other pets with utmost diligence.

We don’t have to explain how strong and fearless a dog has to be in order to hold back a lion. That being said, you can only imagine what a Rhodesian ridgeback can do to the lion’s smaller cousin, as well as pet rodents and birds if they look at him wrong. 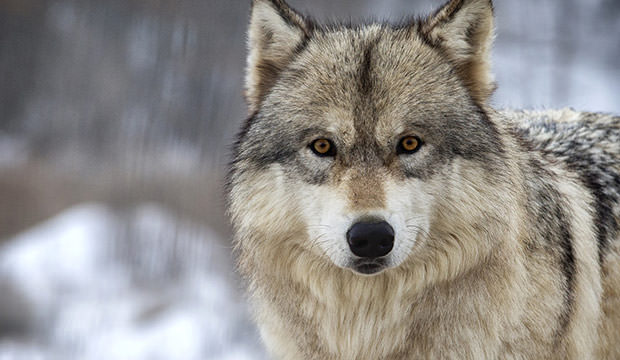 Photo credit: Bigstock
Although not many people opt out for this breed, the wolf-dog hybrid is becoming more and more popular in homes each year.

Considering how unfriendly this breed is towards other animals, we can only assume that the homes which contain it don’t have any other pets.

The wolf-dog is a pretty impressive mutt, especially once you consider its size and strength. But let’s not forget that the wolf-dog is primarily a wolf, which lives to hunt and hunts to live.

This breed is a real hazard both to other pets and humans once their primordial instincts kick in. If you see hints of your wolf-dog going into prowl mode, either start training it seriously or get rid of it, because that behavior can cause real problems if left unchecked. 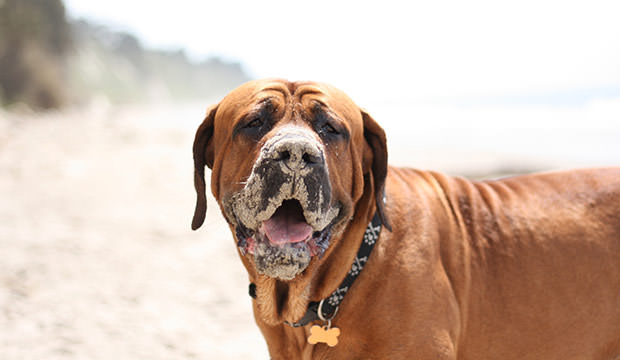 Photo credit: Flickr
The Tosa Inu is quite a sight to see – not only is it a rare breed, but it can also grow to an impressive size and weight.

Nonetheless, their original fighting purpose is what puts them on this list.

This Japanese breed can reach a whopping 135 pounds of weight, which can be quite dangerous to other animals when combined with Tosa Inu’s aggressive nature.

They have been banned in several world countries due to their fighter dog origins, and you can bet it’s for a good reason.

Once a Tosa Inu is provoked, it’s not uncommon for it to attack, injure, and even kill small and medium animals. There have been reports of injuries to humans on this breed’s behalf, so pay close attention if you’re planning on getting one for yourself. 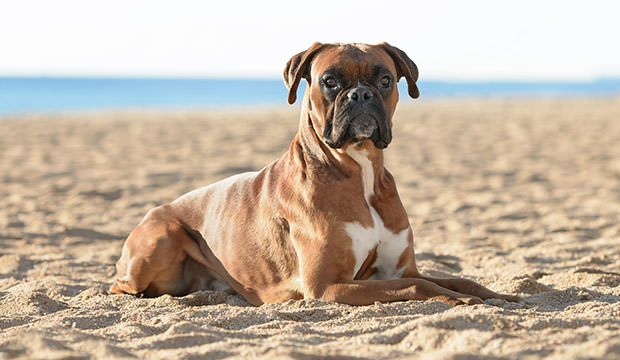 Photo credit: Bigstock
Despite being renowned for its bravery, endurance, and strength, the Boxer can be a real troublemaker if it doesn’t like another pet.

Nobody can deny the Boxer’s ability to show loyalty and devotion for its owner. However, it rarely bonds with other animals, which is sure to cause problems once its aggressive nature surfaces.

You can’t really blame the Boxer for this, as it was literally made to fight. With some patience and training, its instincts can be overridden – otherwise, keep this breed away from other pets, as it’s very likely for a Boxer to engage into battle just to prove its love and affection towards its owner. 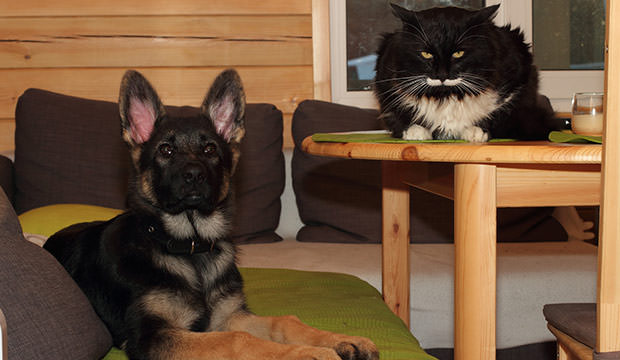 Photo credit: Bigstock
The German shepherd is by far one of the best guard dogs – they’re used in the police, the army, and can often be seen keeping watch over backyards and front porches. However, everything comes at a price.

The main strength and weakness of the German shepherd is his intelligence. While he will greatly benefit from this feat in terms of guarding, this pooch tends to figure out things much faster than any other breed.

Needless to say, a German shepherd is dangerous to other animals. Once he realizes he has to share his owner’s love with other residents, things can get quite nasty. 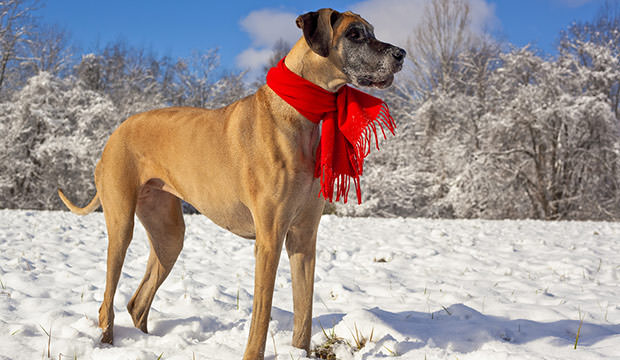 Photo credit: Bigstock
Size matters in the animal kingdom, and the Great Dane is here to confirm it.

Although it’s commonly known as the ‘gentle giant,’ this breed is more than capable to show its intolerance towards other pets.

An improperly trained Great Dane isn’t only a potential threat for your other pets only because of its temperament, but there is also the risk of accidental injuries.

If you don’t teach your pooch what’s what, it’s very likely it will be unaware of the boundaries as well as its own strength.

This means a Great Dane, if not taught right from wrong, can potentially harm another pet while playing. Small children are also at risk here, as this breed can easily trample and knock them over if they wander into its path. 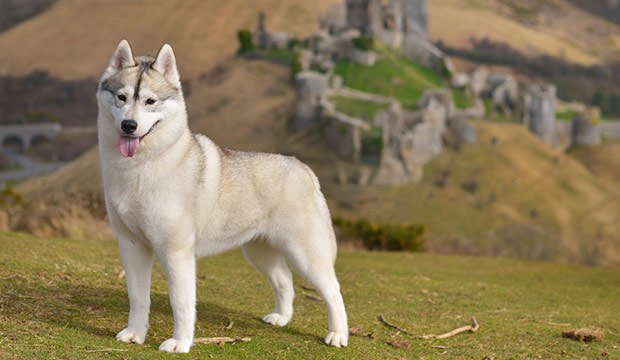 Photo credit: Bigstock
We can’t lie – the Siberian husky is most likely one of the five most beautiful dog breeds in the world.

But if you think it’s resemblance to a wolf ends on its exterior, you were sadly mistaken.

Apart from the wolf-dog hybrid, the Siberian husky is the closest thing a dog can be to its ancestor.

That being said, some wolf-like qualities still live in this breed, such as living in a pack and hunting for prey.

While a husky is most comfortable around its kin, it can be really unfriendly towards any animal that’s not a part of its pack. This includes other dog breed and even humans it rarely sees, so strict training is necessary for a husky to live peacefully with others. 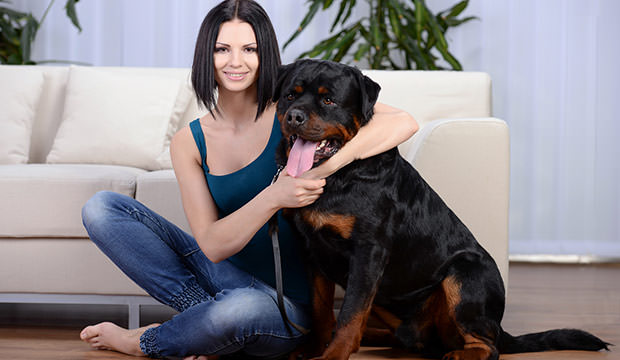 Photo credit: Bigstock
The Rottweiler is one of the most feared and loyal dogs you can find. Its size goes very well with his guarding presence, which makes this pooch a force to be reckoned with.

This, however, translates poorly when it comes to living alongside other pets. The Rottweiler is very protective by nature, meaning he won’t hesitate to defend his owner on the slightest hint of threat.

In conclusion, the Rott’ can get pretty up close and personal with other animals once his guard dog instincts kick in. In case it wasn’t properly trained, this dog can even be the culprit of some animal fatalities.

Nonsense. Each animal is unique. I have two pits that love each other madly.

Individual cases don’t tell the whole story. Pit Bulls kill ( and maim) more people and pets than any other breed by a long shot. Look at the statistics, and then, the science. They have been bred for thousands of generations to have the physical and personality characteristics of killers. Just as border collies were bred for thousands of generations to be expert herders, Bichons to be people-centered cuddlers etc.. You can only train any dog to do what you want to a certain point. For a pit, it only takes one incident, one attack to lead to a dreadful… Read more »

We must have an exceptional Boxer as he has the sweetest disposition, loves playing with the other dogs and nuzzling the cats.

The title should be: Dog breeds least likely to get along with other pets.

Dont know where you get your info from. 1st Ridgebacks were never used to or capable of taking down a lion. Hunters used them to track Lions, and then they would keep them at bay. No dog will ever be able to take down a lion.
Second. Ridgebacks are extremely good with other dogs and also good with cats. We have been breeding them since 1989, no fights with other dogs, various breeds, going to dog parks etc regularly. They play with all the other dogs, no issue…
Ridgebacks are extremely social.