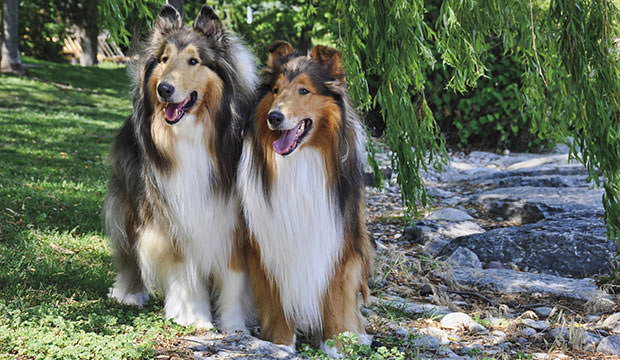 A dog is truly the man’s best friend, as we’ve seen in numerous cases where canines showed loyalty, compassion, and love. But when it comes to picking the perfect dog for your home, many things come into consideration: friendliness, the ability to learn, maintenance, etc.

But what happens when your main criteria for picking a dog is fluffiness? Then, of course, you’re looking for the puffiest, cutest, and most adorable breeds in the world. In that name we bring you the 15 fluffiest dog breeds.

Why not start off this list with a famous ‘personality’? We present to you the Rough Collie, better known as Lassie, and with it all the fluff you can possibly imagine.

Made famous by the popular movie “Lassie Come Home,” the Rough Collie has a double coat of long, soft, and cuddly hair which earns it a rightful place among the fluffiest dog breeds.

However, with great fluff comes great responsibility. Lassie needs to be thoroughly groomed on a two-day basis, mostly because its long coat tends to pick up various small objects from the outside world.

But the Rough Collie’s intelligence and shows of affection more than make up for its maintenance demands. 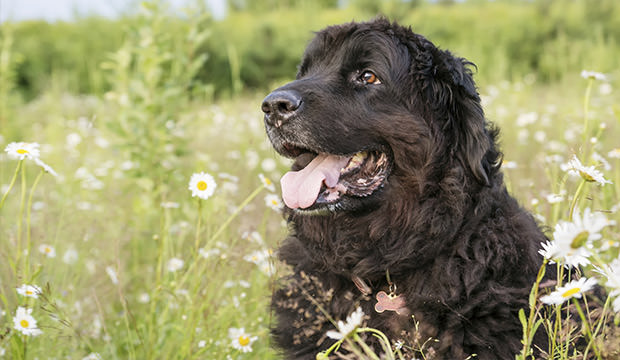 Photo credit: Thinkstock
When we say fluffy, we don’t necessarily mean you should look for a giant ball of fur walking around the house, leaving a trail of hair anywhere it goes.

Fluffy can also mean soft and cuddly, and that’s where the Newfoundland comes in.

Thanks to its double coat, the Newfoundland is considered as one of softest dog breeds you can find.

This breed is fairly large, very friendly, and protective, which makes it a perfect addition to any home where kids can be found.

Maintenance is the only thing you’ll worry about, since the Newfoundland needs to be groomed and washed on a regular basis. 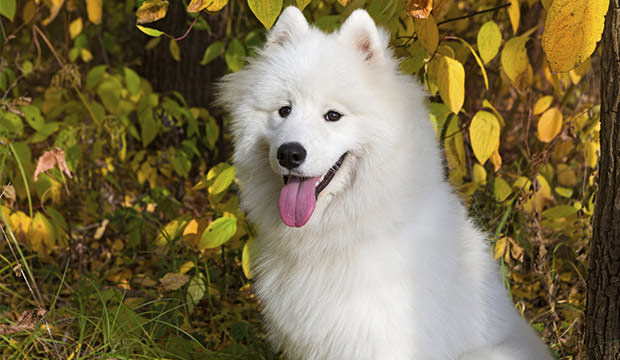 Photo credit: Thinkstock
Ah, the great Samoyed. Hailing from the cold steppes of Siberia, this breed’s ancestors lived in such a harsh environment that they developed a double coat, thanks to which they took a spot on this list.

Not only is the Samoyed equipped with a double coat, but it also has very thick hair around its shoulders and head, and this just adds to the breed’s overall look of fluffiness.

Aside from its beauty, the Samoyed is also known as very friendly dog, especially when kids are involved. So if you’re looking for a good babysitter which your children can hug and play with, the Samoyed is the perfect breed for you. 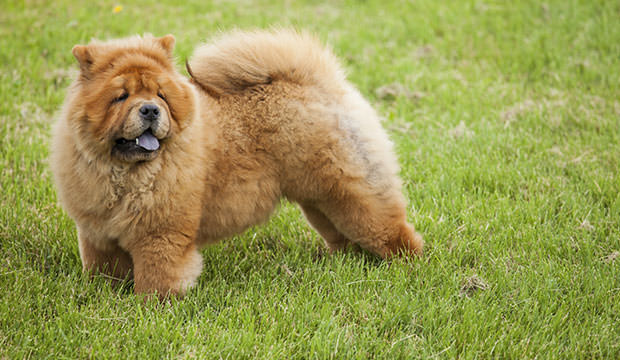 Photo credit: Thinkstock
As probably the most obvious choice for this list, the Chow Chow is probably one of the most recognizable fluffy dog breeds in the world.

Only one look at it will surely steal your heart. It looks like a small bear with overgrown hair dressed in a stuffed fur coat – it can’t get fluffier than this!

Nonetheless, your worst enemy when it comes to having a Chow Chow is the shedding season. Almost half of his hair is shed during this time.

Another interesting thing about this breed is the fact that it’s one of the few animals in the world that has a blue tongue! 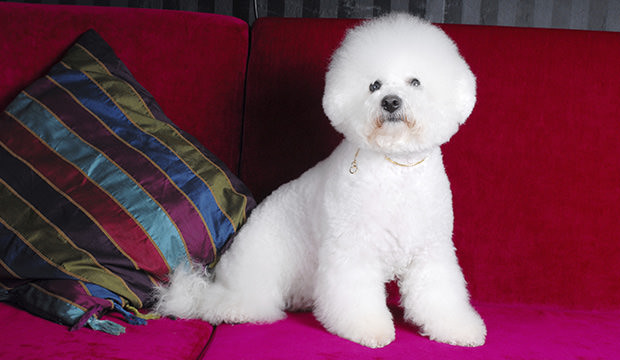 Photo credit: Thinkstock
This dog breed is what you may call a miniature, fluffier replica of the Poodle.

It’s so small and so fluffy, we want to throw our pillows away and just cuddle with the Bichon Frise until our hearts melt!

Jokes side, these walking cotton balls earned their reputation thanks to multiple layers of coat on their bodies.

Aside from being an everyday pet, the Bichon Frise is often the star of dog shows, where he wins the crowd with his fluffiness.

Its friendly attitude is certainly a plus, but take into consideration that the coat of the Bichon Frise is probably the hardest to maintain from all the breeds on this list. 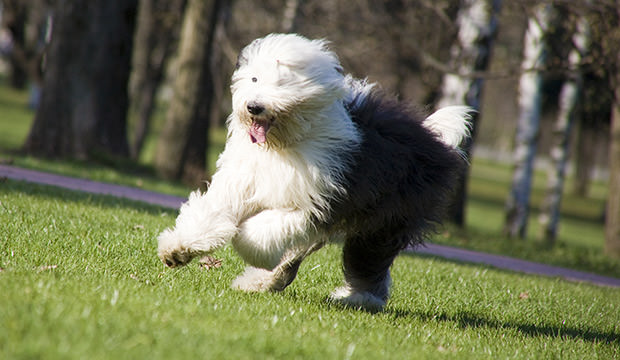 Photo credit: Thinkstock
When it comes to looking like a fluffy rug which can move on its own and sometimes even bark, the Old English Sheepdog can do this better than any breed out there.

The long hair of the Bob-tail is what makes this breed so fluffy.

If you really let it grow out, you might come into a situation where you mistake your coat for your dog, because you can’t see your pet’s eyes from all the fluff.

However, maintaining this breed’s magnificent coat can be hard work. Not only does it tend to grow to the extreme, but the Old English Sheepdog is also fond of spending time outside, where he can get twigs, leaves, and sticks caught in his hair. 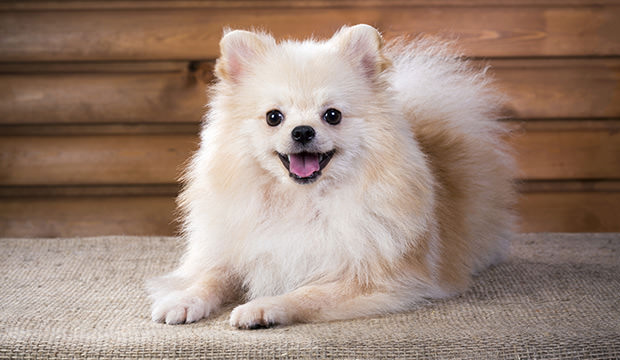 This is probably due to the fact that there are numerous smaller dog breeds with a puffy batch of hair, and the Pomeranian is just one of them.

It’s straight, soft coat and small size make the Pomeranian a ‘ball of fluff’ in every sense of the word.

Don’t be fooled, though – this little fellow comes with a personality that can be equal to a human being.

The Pomeranian is able to love and hate to such a degree that many people truly consider theirs as a part of their family. Nonetheless, this dog breed is very charismatic and cute, so if you’re looking for a fluffy dog to enhance your home, you can’t go wrong with the Pomeranian. 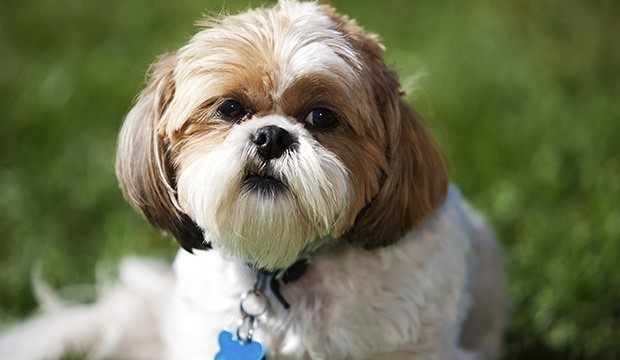 Photo credit: Thinkstock
The Shih Tzu is not only fluffy, but can also be a true life companion like no other dog can.

Its personality is what separates this breed from the herd, so prepare like there’s another human coming to live with you.

If we were to pick a dog breed that’s best at looking like a toy, it would be the Shih Tzu.

The small size and perfect locks of hair make this breed look like it was designed to bring love, joy, and fluff to any family and home.

With a little maintenance and a lot of love, the Shih Tzu can be a perfect fluffy addition you life needs. 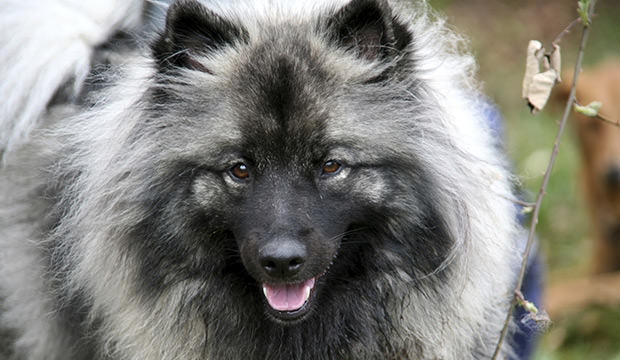 Photo credit: Thinkstock
As probably the least known fluffy dog breed in the world, the Keeshond has one more reason to land a spot on our list.

If you want something exotic and fluffy, then this is the dog you’re looking for.

Aside from its full hair, the Keeshond males are also known for having ‘manes’ around their neck.

And once you’ve seen its pointy snout, you’ll realize that this breed is actually a short-legged, fluffy mix between a lion and a fox!

On a more serious note, this dog breed can surprise you not only by how friendly it can be, but also for its low maintenance. Brushing your Keeshond’s coat twice a week will ensure you have your very own adorable fluffy dog. 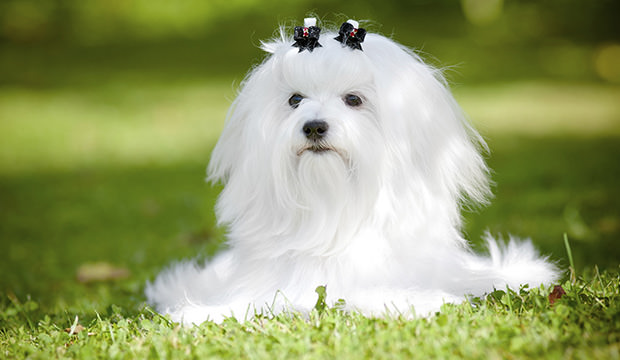 Photo credit: Thinkstock
Another small and fluffy dog breed that makes this list is the Maltese.

Size doesn’t matter when it comes to fluffiness, especially considering that smaller is always cuter, and the Maltese is no exception to this rule.

This makes it even less demanding when it comes to maintenance, which is a giant plus to any dog owner.

With its loving and caring personality, the Maltese is one cute, fluffy dog breed that can be a fine addition to any family or home. 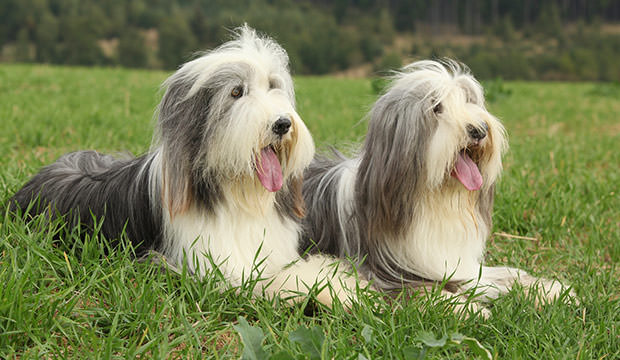 Photo credit: Bigstock
This is a tricky one – the Bearded Collie is not fluffy in the regular way, but in more of a ‘hidden fluff’ sense.

Usually seen with straight, combed hair, this breed has a long and shaggy coat that can be very fluffy if the conditions are right.

The shagginess and hair which forms a beard by running down from its nose make the Bearded Collie always look so chill and trouble-free.

But of you were to walk your pet during humid weather, you would meet a whole new side of its fluff.

Strangely enough, the Bearded Collie doesn’t require as much maintenance as you might think. And thanks to its friendliness and intelligence, this canine breed can make a perfect pet according to anyone’s needs. 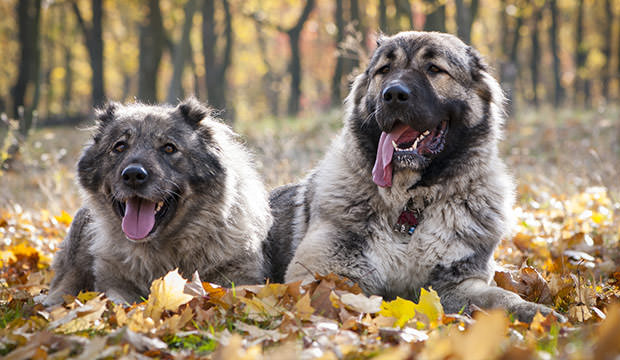 Photo credit: Bigstock
If we were to judge not by how fluffy the dog’s fur was, but by how much fluffy fur does a dog have, the Caucasian Shepherd dog would probably win the show.

These muscular, giant mountain dogs are even-tempered and very intelligent.

But it’s the sheer size of the Caucasian Shepherd that allows him to carry so much fluffy hair around.

But unlike most dogs on this list, this breed is best known for its guarding capabilities.

Nothing can get past the Caucasian Shepherd, and his fluffiness is only there to trick any unwary trespassers into thinking that it’s just a ball of fur rather than a big and strong guard dog. 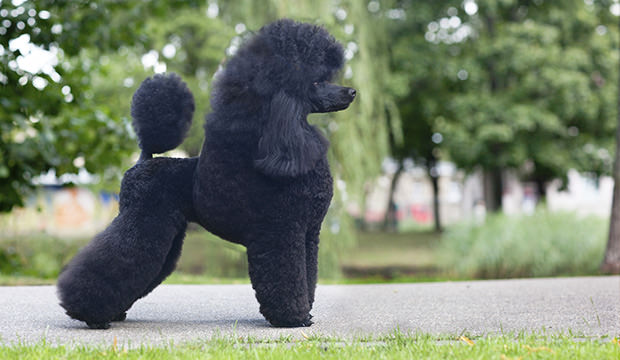 Photo credit: Thinkstock
If you want something that’s as fluffy as a cloud, then the Poodle is the right dog for you!

This breed is different than the other competitors on this list – it doesn’t have lots of hair or multiple coats, but hair which comes with ‘natural fluff’.

Poodles have always been recognized as one of the fluffiest dog breeds on the planet, and for a good reason.

It’s very low maintenance compared to the other dog breeds on this list, and the way its hair grows makes it very unique.

If the Poodle is too conventional for you, you can always opt out for some of the variations and mixtures of the breed. The Labradoodle is one of top alternatives here, as it’s a mix between the fluffiness of the Poodle and the friendliness of the Labrador. 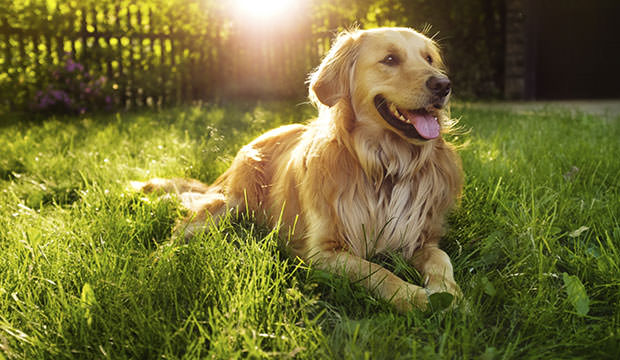 Photo credit: Thinkstock
Although his fur is not as puffy as is the case in other breeds, the Golden Retriever’s temperament and long, silky hair make for one fluffy doggy.

Known as a very friendly dog, this breed is one of the top choices among people who wish their children to grow up with a pet. Aside from that, the Golden Retriever is very intelligent, and can be often found as company to hunters.

The only downside to owning one of these beauties is the fact that they shed copiously. This means that grooming will be an everyday issue if you’d fancy yourself a fluffy Golden Retriever. 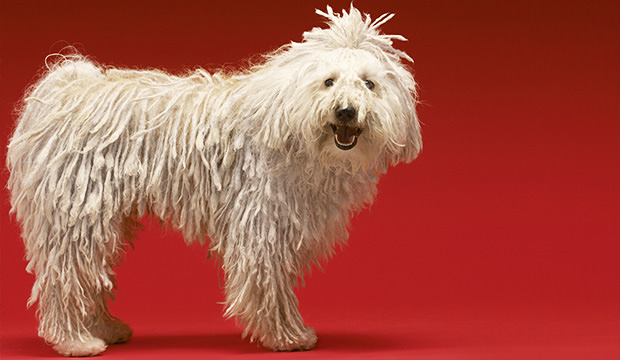 Photo credit: Thinkstock
There are many dog breeds that have so much fluffy fur that their eyes can’t be seen.

Komondor is one of these breeds, and his fluff comes in the form of two coats of curly hair.

The Komondor’s coat can be as long as 10.5” (27cm), and most of the times resembles dreadlocks or a mop.

Thanks to its soft undercoat, the Komondor’s fur is beyond fluffy – it’s a walking rasta-rug!

As you can imagine, maintaining this kind of hair takes certain time and effort. On the other hand, there isn’t a dog that’s as friendly and as good at livestock guarding as the Komondor.